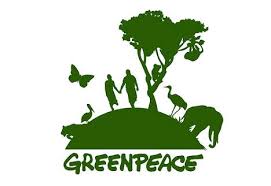 As a little girl, aside from dreaming about being a famous rapper, I dreamt of joining a Greenpeace ship and protesting along with the other Greenpeace activists. I remember as a teenager how I was astonished by this guest speaker of Greenpeace. He told the class all about the campaigns and protests he had done national and international wise to bring awareness of the condition of our planet. To make a difference, to change the world. And one phrase he said that day, stuck with me to this day; It’s amazing how even a small gesture like signing a petition can make a big difference.

While we were celebrating New Years Eve, Shell messed up again;

In December 2012, Shell’s oil rig, Kulluk, ran aground off the coast of Alaska whilst being towed back to harbour in Seattle.

The latest in a long list of fiascos occurred off the coast of Alaska when the company lost control of one of its oil rigs in a winter storm! The Kulluk had 139,000 gallons of diesel and 12,000 gallons of hydraulic oil on board but as yet no spills have been reported. It took six days for the rig to finally be freed from grounding – noone knows yet how bad the damage is.

And despite of this, Shell wants to drill in the Arctic waters of Alaska this summer, while they can’t even keep the oil giant and its equipment safe in waters further south! 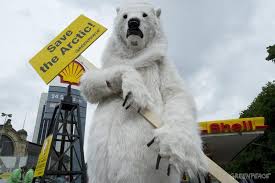 Greenpeace is now having an online campaign to send about 300.000 letters to Obama; to convince him to suspend Shell’s drilling permits.  I just signed mine and it hardly took me a minute. You too can join the campaign! Read all about it on the Greenpeace website. While you’re at it; Just go here and sign your letter to Obama.

Greenpeace does many other great things to raise awareness and try to make a change to worldwide environmental issues, of course. There are many other (online) campaigns you can join in on throughout their website.

Like the guest speaker from Greenpeace once told the class I attended about 18 years ago; even small gestures can make a difference.