Most of the time, I’m rather peaceful.  It takes a lot for me to become real angry and throw a fit. Becoming real angry is a waste of energy, in my opinion. But that does not mean I don’t ever get angry…

When you have a job in the public-eye, trying to remain calm and peaceful can be quite a trick. Customers become angry for whatever reason and some will even yell and scream in your face and wave their arms around like they’re trying to slap the air.

Some co-workers ask me how I’m able to not get angry at customers, to always remain calm and remain patient. Whether a customer is slow, smells bad, doesn’t speak well or becomes real angry; I remain calm and patient.

The key is to not take it personal. The key is to not make it personal. But most importantly, to me, is that I pray to God that He will keep me sane during my workdays. That no matter what horrible angry people I may have to face, that it will not make me angry and horrible too. That His peacefulness will shine through me and that it may infect the people around me. That I may be a blessing to others who come to me when I’m on duty. That I may treat others, the way I hope others will treat me when I am in need.

What is also a very handy skill in dealing with angry people or people who enjoy the sound of their own voice; From a young age I’ve learned to just “not listen” to the yelling and try to focus on what the person is actually trying to do or say. 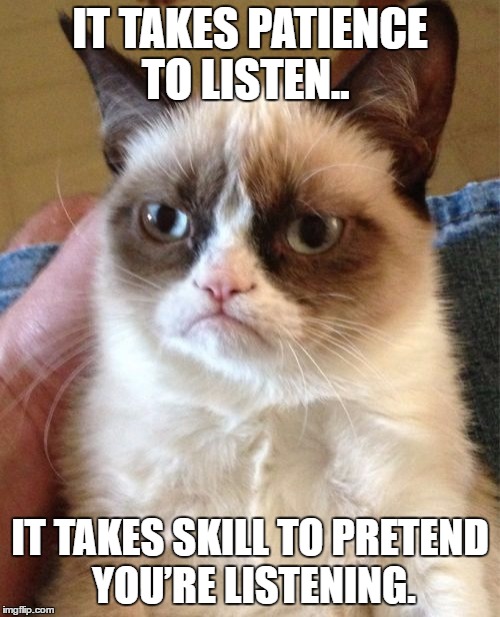 Honestly, it’s not the angry customers I find hard to deal with. Those customers leave eventually. Angry customers apologize and become smiling customers. They leave with a smile and often come back to thank me later for being friendly and nice to them.

What does give me the urge to punch the face, though…. Are co-workers… Because co-workers you have to deal with over and over again. And with most of them I get along just fine, really. I every co-worker the same way I treat the customers…. 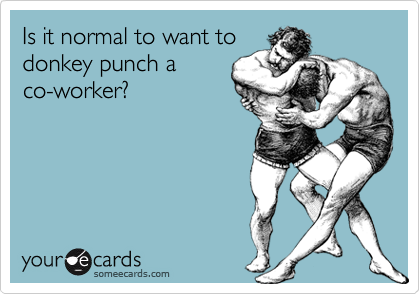 But holy cannoli, when have to deal with mostly female cow-workers it somehow automatically means that you have to watch out for snakes in the grass. You’re dealing with grown ups, acting as if they are still living by some terrible high school caste system. Popularity gained, depending on status. You’re either popular, a nerd or an outcast. 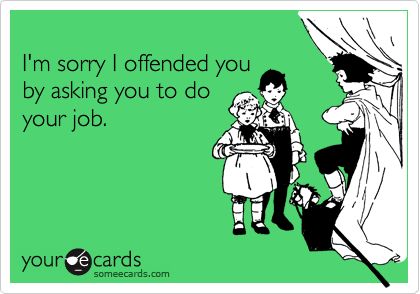 There’s this one particular co-worker who just makes my stomach turn. He is one of the few male co-workers at the company. He seemed like a nice guy at first, but he turns out to be a lazy suck up. Using the fact that he is one of the few men surrounded by so many women to his advantage. He rather has the other ladies do the work for him, so it seems, and the ladies like it because most of them are divorced and hungry for pork…. It’s repulsive…

This guy seriously gives me the urge to punch the face. So bad. But assaulting a co-worker is not a good idea and could get me fired. Especially since the boss, who happens to be a woman, really likes to have this guy around.

My best bet is to count to ten, walk away and keep my distance instead. And pray to God to keep me sane, while dealing with childish co-workers.

3 thoughts on “The urge to punch the face”