Yeah, don’t you just love the holiday season? There’s tasty Christmas related treats, Christmas sweaters and Christmas music everywhere, played on the radio in the stores or by random street musicians. Since December 1st, I have my little drunken Christmas tree barely being able to stand in the center of my living room.

Now with the jolly holidays close, more and more commercials revolving Christmas are aired on all media sources. Some big brands try to score, by making these over emotional commercials with a statement… And.. One particular commercial in general kicked me right in the feels…

A little girl is shown in her room with her suitcase. A moment later a car stops at her house. The girl hugs her mother goodbye and dashes to the car, where her dad awaits her. In the evening the girl is shown in her dad’s appartment, setting up a little Christmas tree. When her dad is asleep, she places a present wrapped in red paper underneath the tree. Later she is shown at Christmas dinner with her mom and her stepdad. The doorbell rings and her father comes in, holding a plate and the red wrapping paper. He hugs her and takes a seat at the table. It ends with the phrase “Christmas dinner is more fun together”.

Well… This weekend I spent time with my dad and grandmother. From Saturday until yesterday we had another gathering of the Coffee & Cookies Club at grandmother’s house. A more special gathering it was this time. My father turned 71 years old on Wednesday and to celebrate we had cake and my brother and I gave him some handy presents.

What present is more pleasent for the receiver? Especially when the receiver is a bit of a grumpy old white man? There is a saying that comforts us with the words “It is the thought that counts”…

I ordered a mousepad with pictures of my grandmother, father, brother and myself on it. Once I got the mousepad delivered at my home address, I started to doubt whether this would be a nice gift to give to my dad, or not.

Oh well… At least there was cake. And cake is always good.

After visiting grandmother’s house, my dad and I dropped my brother off at the trainstation and then went to my dad’s house. My dad doesn’t have a Christmas tree. He never had one. “Too much trouble” he says.

We had some coffee with more cake at my dad’s house and watched some TV. When I asked whether he’d like to go out for dinner, he said “Too much trouble”. He just wanted to watch TV and have a simple evening.

And thus I decided to make a short trip to the supermarket to buy ingredients for a huge pot of Chili Con Carne I wanted to prepare as a surprise. While strolling towards the supermarket, I passed a small shop. I got distracted once I saw that they had Christmas stuff for sale. A flashback of that darned commercial struck by. 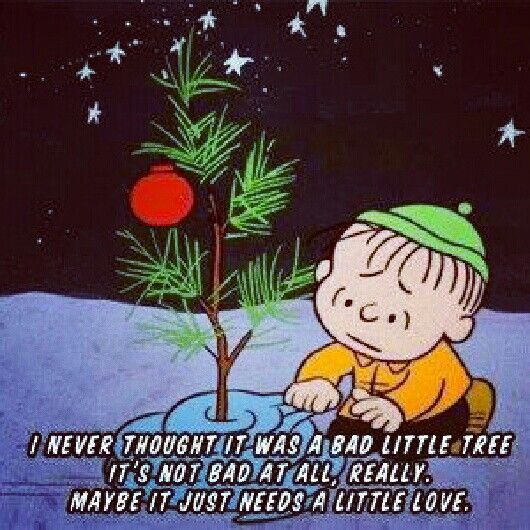 Not too sure how dad would respond, I hid the tree and decorations in a bag and sneaked it into my bedroom upstairs. After that, I cooked up rice and the Chili Con Carne. He thought it was a nice surprise and enjoyed it very much. There was still a lot of Chili Con Carne and rice left so dad could have some more later this week.

Later that night, after dad had gone to sleep, I snuck downstairs with the little Christmas tree and places it next to the TV in the livingroom. I also put a Christmas card underneath the tree.

The next morning he did not notice the tree at first. We had breakfast and coffee, but only when we were about to leave did he notice the new object next to his TV.

“A Christmas tree? How nice!” He said. He liked it so much that he even wanted to have the tree displayed on a more visible spot and moved the tree to a sidetable next to his favorite chair. His reaction was more enthusiastic than I thought it would be. On the 2nd day of Christmas my brother and will come visit my dad and grandmother again. Oh what fun and joy it is, to share the holiday vibes with friends and family in whatever way possible 🙂

Btw, here’s that commercial that kicked me in the feels: