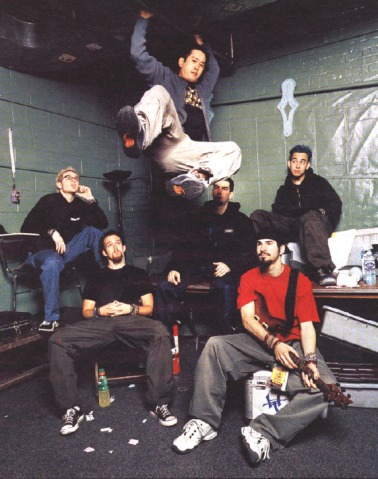 Linkin Park formed roughly 20 years ago. The bandmembers are all now in their forties and they have a fanbase  that exists of die hard loyal soldiers of all ages, who started to follow the band since their Hybrid Theory days or even before that!

All musicians hope to withstand the sands of times and maintain or better yet gain popularity with the next generation. But not every musician is blessed to leave behind a pop icon legacy and maintain it throughout decades of their lives, like Elvis Presley, Michael Jackson, Prince, Madonna, Whitney Houston, Tina Turner or The Beatles. Some of them have died already but their names are all still linked to the great music they made back in their day.

We do have our next gen pop icons today, who started out in about the same period as Linkin Park did. All musicians who raised and managed to maintain their popularity. The names you can drop to kids who were born after the 2000’s and without them wondering what ancient words you are saying. Names like; Beyonce, Britney Spears, Lady Gaga, Justin Bieber Usher or even Snoop Doggy Dog, they all would at least ring a bell to the current generation.

If you’d tell someone of the current generation that you’re still into Linkin Park, a lot of them will either frown or have a blank face. I’ve either heard the phrase “Is that band still alive?” or “Who are they?” from a lot of folks born after my own generation.

Why is this? Is it because Linkin Park once was a rockband? Is rock dead? Back in the 90’s and early 2000’s, aside from the legion of pop musicians, there were loads of rock bands. Papa Roach, Korn, Limp Bizkit, Nine Inch Nails, Rage Against The Machine, System Of A Down, Green Day…. The list is endless. All diverse rock bands of which some of them still draw a huge crowd at great Festivals and concerts.

System Of a Down hasn’t released new material in ages but in 2014 when they had a concert in the capital city of my country, there were THOUSANDS of fans swarming Amsterdam just to catch a glimp of this band that started out around the same period as Linkin Park and Beyonce. Sure, Beyonce will draw a bigger crowd. But is rock dead? No. I say it isn’t. Just because it doesn’t dominate the pop charts anymore, doesn’t mean it’s dead.

I haven’t turned on the radio much since the last decade but one thing thing I’ve noticed is that all the music in the charts all have that same sound. There are a few altenative bands out there that manage to climb through the pile of pop songs. But to find a heavy rock song in the chart is rare.

If you ask me; Whether it’s R&B or Hip Hop or Pop song, these days everything sounds just the same. I’m not just saying that because I’m getting older. There’s a distinct difference between what a pop song vs a hip hop song used to sound like in the 90’s compared to the “music” of today. Listen to a 2pac song and you’d hear a mayor difference in style when you’d compare it to a song of the Backstreet Boys. But today, listen to a Big Sean song and it’ll have lots of similarities with Taylor Swift. It all just sounds the same….

But songs that sound like they were made in the 90’s rarely hit the music charts these days. A real authentic hip hop song or rock song just somehow doesn’t seem to make it through the loads of poppy semi EDM tunes that are so populair today. It was a breath of fresh air to me when Nickelback came out with a autenthic rock song that was even able to reach the charts! Their song, Feed The Machine is totally bad ass man, I love it.

Yesterday, Linkin Park finally released their new single, complete with a live stream on Facebook for the fans to enjoy a nice acoustic session of about 15 minutes. The acoustic session was actually quite entertaining. But don’t be fooled, because the first single of their long awaited new album, sounds nothing like what the band played during this live stream.

Fans have been waiting for new sounds of the band for at least 3 years since the release of last album, The Hunting Party. Some of course hoped that it would be a nice hard rock surprise in the likes of Nickelback and Papa Roach.

The Linkin Park fanbase, most of them followed the band for 20 years straight, were teased with short video clips and pictures for weeks about what they could expect. When the information arose that the band was going to work with songwriters who are mostly known for their pop songs and even collaborate with Pop musicians on their upcoming record, a lot of fans started to get worried.

Linkin Park wanted to do something risky. They always try new things. Not all their risky experiments was a succes. In 2013 they released Recharged, a trance CD filled with remixes of their Living Things album. There was also a Recharged video game available, which was actually quite entertaining. But the response from the fans on the Recharged Remix CD wasn’t that great. I tried listening to the remix CD myself and couldn’t help but cringe at how monstrous it sounded. If you’d want to torture someone; just play the Recharged record over and over because that would suffice as torture in my book.

Then in 2014 came The Hunting Party, a rock album that featured  Page Hamilton of Helmet, Daron Malakian of System of a Down, Tom Morello of Rage Against the Machine, and Rakim, marking the first time Linkin Park collaborated with other artists on a studio album. I for one was really enjoying the album. Finally some heavy guitars!

I suppose they enjoyed working with other musicians on their last album so much that the band has tried on another experiment for their upcoming album. It is supposed to be their most personal album yet, where the deeper meaning of the songs are build around the lyrics instead of the lyrics build around a melody.

Yep… Makes a lot of sense, right? Because that’s what we all enjoy now, right? Deep lyrics. It’s rare when I meet someone of this current generation that actually knows what the singer is singing, because they only care about the beat and the sound.

Even with christian music this is the case. I still remember coaching a singer last year, asking her what emotions she felt when singing “Amazing Grace” and the kid just stared at me, because she didn’t even know what the meaning of the song was….

And now Linkin Park wants to go heavy on the lyrics and make it one complete emotional sounding rollercoaster. How original!

The new Linkin Park album “One More Light” will be released May 19 2015 and the first single “Heavy” came available for the public only yesterday.

“Heavy” is a duet with female vocalist Kiiara singing most of the song, while Chester Bennington takes up the role as background singer.

The title of the song is quite misleading. It was indeed nothing like any of the fans had expected it to sound like.

I don’t mind pop music. Pop music can be quite enjoyable. But if a band who used to headline mayor Rock Festivals now decides go pop, they should do it right. Make their change of genre complete with a few nifty dance moves. Perhaps they can ask some dance tips from Justin Bieber or Bruno Mars. Maybe they will do that with their next video. Have some girls dance in a bikini and make that the next summer dance of 2017. Wow, now that’s heavy.

It’s all good. I understand. The bandmembers of Linkin Park are all in their forties now. That’s the age when most men are starting to face a heavy midlife crisis and want to try  do everything they can to be relevant to the current generation. They don’t want kids of today raise an eyebrow when someone mentions Linkin Park. It would be much more lucrative if that kid cheers and throws in their allowance when the band’s name is mentioned instead. Because that’s what pop music is all about in the end; breaking the piggy bank.

What I find a bit sad about this whole thing is that this band who once had a unique sound to separate themselves from all the other bands and musicians out there, now sounds exactly like everything else you hear in the charts. I remember Mike Shinoda talking about how his band has always remained true to themselves and their sound and not wanting to sound like the “so called” alternative musicians of today. Because they all sound the same. And now, Linkin Park sounds exactly the same as everybody else, too.

If I wanted a deep heavy pop song I’d much rather listen to The Weekends. 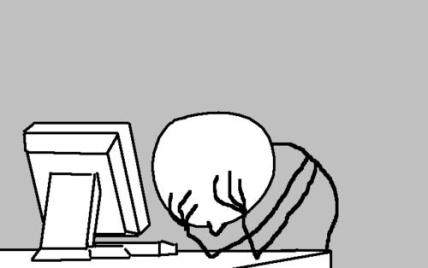 But hey, good luck for Linkin Park and their new experiment. If this new strategy gets them some lime light in the charts, that would be nice. Have fun with the new fans you attract with this style guys. You can’t please everybody but the most important thing is to just enjoy that heavy midlife crisis and go all Linkin Pop!

5 thoughts on “The heavy midlife crisis of Linkin Pop”