Hello lurking lurker, how was your manic Monday? Mine was ok. It’s already Tuesday here in the land of wooden shoes. Another midnight scribble from the [insert name]. Tee-hee.

Not that this is anything new, as usual I really haven’t got a specific topic I want to write about. Today, is no different. So I’ll just type along to whatever drifts through my mind at the given moment. Here goes.

I have something to celebrate this week. Cause this week is my 1 year anniversary with my ANUS Laptop. I mean Asus. I love my anus laptop, it’s such a pal. Life has been a whole lot more interesting ever since my Anus laptop came into my life on that on particulair wonderful sticky summer day.

Of course it’s still nothing compared to friggin Alienware. The model displayed in the picture on the right for example, has received some mighty good reviews. Owning a friggin Alienware machine? Seriously, that is my gamer-geek’s delight. But since their machines don’t come that cheap, I had to be realistic. My gamer-geeky-on-a-tight-budget-heart would have to settle for a cheaper device that could run a few good games AND do my amateuristic graphic designer tricks with.

Together with my computer-nerdy uncle, I went to several computer hardware stores to check out what was new in store. We heard all these stories about the next-gen computers coming out soon and my uncle advised me to maybe wait a little longer before I’d actually purchase a new computer. Because what if I’d buy a new computer and the next day a better next-gen computer would be released? Then maybe I’d feel bummed. But there’s always next-gen computers coming out. The only way to be better prepared then, would be a custom made computer. Which sounds totally awesome and is totally awesome, indeed. But in all realness; that would mean that I would have to stretch my budget some more. And since my money tree won’t grow me more cash, I’d have to check other options.

And so on a lovely summer day in June last year, I ventured into a local random electronica store. I was actually just looking for a new battery for my crappy Samsung Galaxy S3 Mini, but couldn’t help to check out their computer department in the meantime.

And that’s when I saw: Anus R510C. The moment my eyes fell upon his specs, I began to drool all over myself: The 17inch screen, i7core, 4GB RAM, internal harddisk of 500GB [I save most of my junk on external harddrives anyway] and an Nvidia GeForce GT 720M graphics card. Gosh, I could hear Marvin Gaye playing in the back of my head as I studied him for a moment. He was just winking at me with his big wide screen and his decent specs. I just knew I had to have him. And so I took him home.

My Anus, he is just amazing. I can play almost any game I like with Anus. Anything from Sims 4 to Dragon Age Inquisition and anything in between. I can do my amateur graphic designing tricks with Anus. I can stroll around the interwebs. I can do soooo much with it. I just love my Anus, I’m so happy to have him. So cheers to my Anus, for sticking with me for a year! May he be there for me for many years to come. Or at least, until I can get my hands on some Alienware.

Anus was originally installed with Windows 8, which I upgraded to Windows 8.1 a day after I had him. Windows 8.1 doesn’t really have a taskbar like previous Windows systems. Which was a bit confusing in the beginning but after a while  I kind of  have gotten used to it. 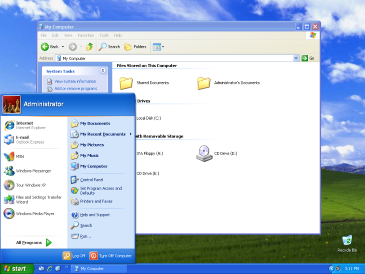 tick in my teens. But sometimes, I do miss Windows XP. This operating system was running on many computers for nearly 15 years. Because unlike the fails like Windows Vista and the likes, XP did what it was supposed to.

Windows 8.1 just kind of looks like it was created for an ipad or for an Xbox even. Which might be great for an ipad, but unfortunately my laptop does not have a touchscreen so yeah…  Windows 8.1 is alright, but it could use some improvement.

I guess there’s always an option to downgrade to Windows 7. But what good would that do? Yeah it would probably function a whole lot better. But something tells me to just leave it as it is for a while.

There is yet another option. Since about a few weeks I’ve noticed that this white Windows icon in the right corner of my start bar. When I click on the white Windows icon, a window pops up with the message that I can download yet another operating system for free: Windows 10. I took a look at the screenshots and briefly studied the faq on Microsoft’s website… I must say that I am just not sure whether I want to upgrade to Windows 10 yet. From what I’ve seen so far. That what I so missed from Windows XP is apparently back, only better. At least, that is what Microsoft claims.

Check out this Youtube Review of Windows 10 by Computer Clan, tell me what you think? After watching this video myself, I am almost convinced to take that leap. Yes, almost.

Microsoft offers Windows 10 as a free download until July 29 this year. If you have at least Windows 7 installed on your computer or laptop, then you will probably see that same white Windows icon in the right corner of your taskbar. Which means there is more than a month left to think about upgrading. More info about it can ofcourse be found on Microsoft’s website.

Has anyone seen this picture of my sweet little rabbit destroying my mail yet? If only she would do that with my taxes and other unwanted mail… Isn’t Droppie the cutest thing ever? Even when she’s destroying everything she gets her teeth in? My own live-action paper shredder.

That’ll be all. I’ve got nothing more to ramble about for now. And oh my gosh, I think I’ve just pulled another all-nighter. It’s Tuesday morning! Holy frick. I better go stare at the insides of my eyelids for a few hours.

Have yourself a wonderful day my lurking lurkers. Take care!