Hello there lurking friend! How has your Christmas holiday been so far? Mine was off the chain!

In previous entries I nagged about how my small Indonesian church in Amsterdam was prepping for a big Christmas Service. We’ve held several meetings to keep each other posted on what still needed to be done, from discussing the menu for the Christmas buffet to the order of the service and whatnot. Then there was the printable stuff like flyers, nametags and little program booklets to hand out for the guests. And then we had band practice with a band and singers who have never performed together before, lead by yours truly. There was a lot of work and effort put unto organizing this Christmas event. And I’m excited to say that all the hard work paid off! The Christmas event was a blast!

We had special guests, such as a pastor from Indonesia who would bring God’s Word during the service, a few members of the Iranian church and an Indonesian colonel of the Indonesian Embassy.

The band played superb and so did the singers, if I may say so myself. It was an awesome experience to see hundreds of people worshiping Christ our Savior together. People responded positively about our stage presence and about my worship leading. What a wonderful way to celebrate the birth of Christ.

After the praise & worship part we lit 7 candles and prayed for several needs in the world. For the poor, orphans and widows, victims of war, churches worldwide, the Dutch and Indonesian government and for peace. A lot of people thought it was a nice gesture.

Then the special guest speaker from Indonesian brought the Word of God. A powerful message about how the birth of Christ brings the gift of hope, renewal, compassion and love for those who are willing to believe in His sacrifice.

After that, we turned off the lights and it was time for Candle Light service. Instead of real candles we chose to use little lights that are usually sold during concerts. It was a beautiful sight to see all those little lights spark up one by one while the band played Silent Night. As soon as the song ended, the lights went on again. One of the singers read the Nativity Story, while a cartoon I made with bitstrips.com passed by on the big screens.

The rest of the service we had a few acts planned; about 7 acts in total. They were all very diverse and unique in their own way. The colonel of the Indonesian Embassy sang a song Oh Holy Night. The Iranian Church members sang a Persian song titled Halleluja, followed by several Indonesian vocal acts. All of them sounding amazing. The choir of my Indonesian church ended the entire show with the song Oh Happy Day, with me as lead vocalist. As soon as we began to play that song, the entire crowd rose from their seats and to sing and dance along to the song. 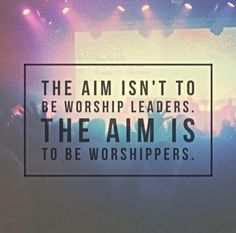 It was just a beyond awesome experience. Afterwards, several people came up to me and said how they felt blessed during the praise & worship part. To me, that is a crown to my work as a beginning worship leader. Because to me, singing for God isn’t just to sing something funky and sound good, it’s about bringing people closer to Him, to lead them into worshiping Him.

The only way I know how, is to be as genuine and open as possible, to sing with the burning passion I have for Him. And apparently that’s what the crowd feels. It is encouraging to hear when people say they experience God’s presence.

After the service there was of course loads of delicious Indonesian food. And there was more music and dancing, people feeling the warmth of Christmas. Ah man, it was just too awesome for words. It was hectic but it turned out to be a wonderful experience for a lot of people. I’ve seen people return for the Sunday service whom I saw for the first time during the Christmas service. It’s a good sign, the small Indonesian church in Amsterdam is growing.

On the second day of Christmas my mom, my sibling and I played our annual Christmas gift game with a monopoly board. It was a lot of fun. Got some really cool gifts for the both of them and received some neat gifts in return. Received scented candles, a few awesome games for my Xbox 360 and a Cookiemonster suit. I’m actually wearing the Cookiemonster suit right now. It’s sooo nice and warm. I’m considering on wearing it for the next time I have to be worship leader 😛

Today I’ve sort of celebrated Christmas again with a bunch of friends. We had Chinese dinner and afterwards went to see the 3rd Hobbit movie in a local movie theater. It was nice. The movie was fun. I actually want to see Lord of the Rings again, now that I’ve seen the Hobbit movies.

So yeah… That’s how my Christmas holiday was like. Tomorrow I have band practice again with the old church band. I kind of miss my Christmas band, we were so awesome together. But most of the musicians and singers who played during Christmas usually go to a different church. We’ve agreed to try to put together another music event in the near future. I cannot wait to set it up with them. It is going to be awesome, I can feel it in my bones.

God can bring you into new situations and with His strength and inspiration, He can make you do things you never would have imagined to do. I am so grateful that He put me in this small Indonesian church and for the blessing of singing for Him. If that’s all I will do for the rest of my life, that would be beyond awesome.

I’m going to lay in a coma now. Have yourself a wonderful day my lurking friend.

One thought on “Survived Christmas, now ready for another coma”