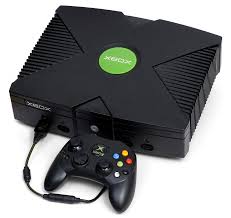 When Xbox announced they would be launching new info about the next generation Xbox on May 21st, I was more than ecstatic. So as soon as I was done with work I rushed home and jumped behind my computer to see what wonderful input I had missed so far and whatelse there still is to learn about this new game console. You can follow it all here @ XboxReveal.

Ah, I remember the first time when I played Dead Or Alive for the first time on the Xbox Classic. And how I spend hours and hours playing beautifully crafted games like Prince of Persia – The Sands of Times and Fable. And then when the Xbox 360 came I enjoyed many more hours of gameplay on it. I still enjoy many hours on it. 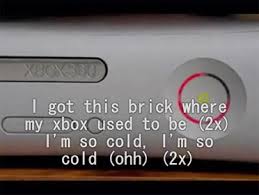 Now Microsoft has had mayor fails in the past. I remember when my sister’s Xbox 360 had one of those red rings of death; you can’t even imagine what trauma this has caused! The nights of despair! Of course the customer service was more than nice to replace her Xbox 360. But they can’t replace the years and years of devoted game play that have been spend!

But that’s all in the past. And aside from the fact that you have to pay a monthly fee to be able to play online with other Xbox gamers, I’ve grown on the console. I simply can’t think of my house without the classic nor the 360 installed. And then with the Kinect things seemed to have improved down in the Microsoft lab for a bit.

So like I said; I was MORE than excited to find out more about the next generation Xbox. With promises that things will be bigger, better, stronger, faster than ever in the latest version I could hardly maintain myself.

Words can’t even express the disappointment I am feeling right now. This is a stab in my gamer heart, Microsoft. One shouldn’t judge a book by it’s cover, but this doesn’t promise any good to me. I’ll much rather play with my Xbox Classic, thank you.