Last night I dreamed again. During my dream I was concious, witnessing every moment of the dream in two perspectives: in first-person view and as a spectator from the outside. And throughout the dream I kept asking myself “What the hell?!” I tried my best to rewrite the dream as accurate as possible. I have, however, changed the names in case of privacy issues.

In my dream, my friend Ann, her daughter Aby and I had just arrived at a kids summer camp. The camp site was surrounded by lovely trees and there was a lake. It is early in the afternoon and the weather is nice. We were given a tour around the kids summer camp by this fat bearded man of forty. The fat bearded man seemed very cheerful and nice. We got to see where the kids would sleep, eat and play and also were introduced to the rest of the summer camp crew. After the tour, Ann and I said goodbye to Aby and thanked the fat bearded man.

Apparently a few days had passed after that, because Ann and I returned at the kids summer camp to pick up Aby again. It is late in the afternoon and it must’ve rained because the grass was still wet. The fat bearded man awaits us. He tells us that Aby is with the other kids and camp crew. We follow the fat man over the camp site. This time he wasn’t cheerful at all. He was moody and kept mumbling to himself. Ann and I figured the kids must’ve teased him or something and snickered to one another. But then we noticed we had lost track of the fat man and it appeared that Ann and I were lost. It felt like we were walking around in circles untill we reached an area that appeared to be authorized for personnel only. As time passes, Ann and I begin to worry whether we’d be able to find Aby on time, because we came to the campsite by public transportation and were afraid that the last bus would leave without us.

Suddenly the fat man is standing right in front of us. He looks pissed off and is annoyed with us for trespassing a ristricted area. In responce I tell the guy that it’s his fault that we got lost in the first place and that he shouldn’t take his frustration out on us. And Ann yelled at him that she wanted her kid and that thanks to him we would have to hitch hike our way home. The expression on the fat man’s face changed instantly and he apologized for his behavior. To make it up to us he offered us a ride home.

Then we finally find Aby. Just like Ann and I feared, the last bus had left the campsite without us. Our only option was to step into the green van of the fat bearded man, with Aby’s luggage in the trunk.

It is getting dark outside and clouds fill the sky. We pass Hilversum, where for some mysterious reason the roads spontaneously begin to deteriorate. Large holes form in the roads ahead. When the fat man tries to drive up a hill and reached a bend in the road, the holes become even bigger. Afraid, Aby clutches onto Ann’s arm. “Stop the car!” we scream to the fat bearded man. The fat man slams on the brakes with all his might and brings the van to a stand just in time.

From up the hill, near the bended road, Hilversum looked surreal to us. The clouds that filled the sky were actually formed by the smouldering ruines of the city. There are all kinds of people running around. We step out of the car. The fat man advices Ann and I to put Aby in a pet’s travel bag for her own safety. In the mean time he would go and look for help. Before we were able to respond to this weird suggestion, the fat bearded man had already helped Aby into the travel bag and handed her to Ann. And then he turns away, walks down the hill and dissapears in the crowd.

Ann starts to flip, as we both try to get her daughter out of the travel bag with no success. From out of nowhere a tall young man walks up to us. He’s quite pleasing to the eye, with his olive skin, brown eyes, dark silky hair and a goatee. The handsome young man  asks us whether we are ok and if he can help in any way. Ann is still flipping out and I’m just stuttering. “Can I atleast treat you all on some sushi?” he asks all of a sudden.

Not much later we arrive at a Sushi Restaurant. Ann has to go to the ladies room and the handsome young man is off to order sushi. Meanwhile, I try to find a table and a place for our stuff. When I finally find a nice booth and struggle with the luggage, my big black wallet drops to the floor. In the meantime I try to assure Aby that everything will be alright, despite the fact that she was still stuck in the travel bag.

The handsome young man walks in with the sushi and at that moment I realize my wallet is gone. He tells me he had seen 2 blond girls down the hall with a big black wallet. In an instant I jump up from the bench and run into the hall. Before they leave through the door, I grab the girl that has my wallet by her throat and clench my fist; “Give me my wallet, bitch!” Just before I plant my fist in the girl’s face, the other blond begs me not to punch her friend and explains that they only wanted to bring the wallet to the Lost and Found. A bit uncomfortable, I let go of the girl and we apologize to one another.

Still shaking like a leaf, I return back to the booth where the handsome young man with this worried look upon his face. He was impressed when I showed him I had my wallet back. He also said he tried to get Aby out of the travel bag. He managed to zip the bag open for a bit, just enough so Aby could fit her hand through. Then he moved over so I could sit next to him. My buttcheeks had barely touched the seat when Ann rushed over to our booth and quickly sits down between me and the young man. While doing so, she accidently knocks all te sushi off the table and the young man and I were both covered with it. She keeps rambling on and on about a weird guy that kept bothering her and she was worried that he had followed her. When she finally notices that the the young man and I were both covered in sushi, she couldn’t help but laugh and offered to order new ones. But the handsome young man insisted that he would order again.

So the young man leaves and in the mean time Ann and I are trying to think of a way to get home again. And how to get her kid out of the bag. Ann pulls the travel bag to her lap.

That’s when a black guy with long dreads and a rasta beanie walks in. It is the weird guy Ann had mentioned earlier. He sat down at a table near our booth. A bunch of other guys with rasta beanies joined at his table.  They were snickering as they tried to make conversation with Ann and I. But Ann wasn’t interesting in conversating with them. Neither was I. She whispered to me that for now it maybe better to keep Aby in the bag and to leave the restaurant.

Ann and I get up from our seat, I carry Aby’s travel bag while Ann carries the other stuff.. The guys with the rasta beanies keep making lame remarks and singing weird songs, They get up from their table too. On our way to the exit, we bump into the handsome young man with more sushi. “We don’t want to stay here.” Ann and I state, pointing at the rasta beanie guys behind us.  “Ok, follow me!” the handsome man says. We run through the hall. I lift the travel bag and peak through the zipped open part of the bag. But then I notice that Aby has turned into a rabbit. All of a sudden it’s not Aby in the bag, but Mashimaro instead.

And then I finally wake up….

Enjoyed readig this dreamlog so far? Feel free to check out my other dreamlogs! Want to read what happens next in this particulair dream? Then subscribe to my spamminglist. 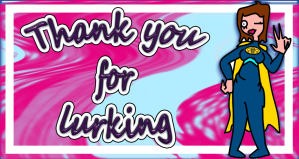