Winter came with snow this year around! It has been ages since it snowed like this in the land of wooden shoes and windmills. What a lovely joyful surprise it was!

Don’t you just love the snow and the joy it brings? Throwing with snowballs at one another, making a snowman and sliding down a hill with a sleight. Oh what joy snow can bring!

You know what is the best part about snow? When you get to sit in a warm and cozy home, with mugs filled with hot chocolate milk while looking out of the window. The pleasure of seeing how you are slowly being snowed in. Finally an excuse to call the boss and say; “I cannot leave my house”. Ah yassss, that makes this the most wonderful time of the year. Right? 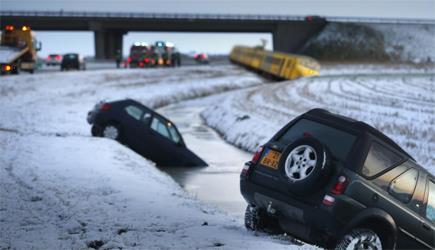 Yup, it snowed in the land of wooden shoes. Which meant complete chaos for the last few days. It all started with snow storms this weekend and they lasted until Monday off and on.

Traveling was dramatic for a lot of people. Trains were either delayed or canceled, planes were also canceled and miles and miles of cars stuck in a traffic jam, for hours and hours.

Honestly, I wasn’t feeling too good and it was obviously not the best weather to be going outside. It would have a been a great opportunity to use the sick card. My head was pounding, my throat was hurting and yet I got up and somehow decided to ignore myself and prepare myself to cross the winter wonder land and get to work.

According to the news, the layer of snow here in my area was about 15 cm thick. On the news and on social media, people were strongly advised to not go outside and stay at home.

But hey, why listen to a warning like that?

The moment I left the house I felt a little bit stupid for doing so in the first place. I don’t mind snow, really I do not. On Monday morning when I left my house, the snow was still fresh and I was the first person on my block to leave a trail of footprints in the snow. Oh joy!

Once the hundred set of footprints went through that same path of snow, becomes a gray slippery mess with the opportunity for older folks to slip and break a hip. And then I had the opportunity to sit in an overcrowded bus, driven by a confused bus driver who didn’t recognize the roads anymore because of the beautiful blanket of snow covering the land. 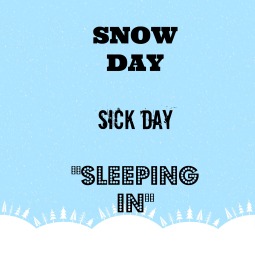 Finally I arrived at work where I had the pleasure to discover that almost everyone had called in sick. It was just me and 4 others for the rest of that Monday. But thankfully the snow also made customers sick, so hardly anyone showed up. Which is great, but also meant that time went by rather slow because there was hardly anything to do….

On Tuesday it was the same way and so was today. All these smart people staying home because of the snow. So smart.

Maybe I’ll follow their lead and be that smart tomorrow. Maybe I’ll just call in sick tomorrow. That sounds like such a good plan. But I have no idea what is wrong with me, because I know I will just go and set foot in that wonderful land of snow again, tomorrow. If only there was more snow. If only the snow really snowed the house in like you see in countries where it snows a lot more than it does in this little land of windmills and tulips. Oh how great that would be; like a wish come true. 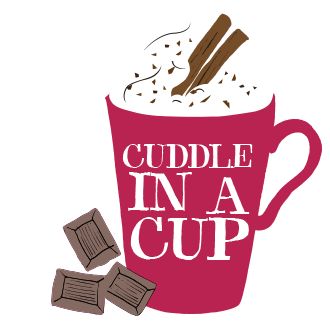 I have nothing else to complain about. That is it for now.

Time for some hot chocolate milk and warm blanket. Have yourself a wonderful day.

Be blessed and stay warm 🙂