Working in a field that involves serving a customer, whether it be as a Waitress, a Customer Service Agent, a Receptionist or a Hostess, provides us the wonderful opportunity to be reminded by the selfishness some people suffer from. A confrontation with this special type of what is supposedly considered a fellow human being, cannot only be encountered during work, but also during other occasions in our day-to-day life.

Here are a few examples of situations I’ve experienced, literally.

It was on a busy afternoon. The weather was nice and hot. Co-workers who have worked here for many years, had warned me for days like these. For when it’s nice and sunny outside, customers tend to be extra unpleasant.

The temperature was rather high and it got to the point where it was almost unbearable. Our “climate control system” wasn’t sufficiënt enough. People were sweating like pigs. Let’s not even mention the amount of bad BO torturing my nostrils.

People were walking in and out. It was getting rather crowded. Then suddenly, a young woman collapsed in the middle of the hall and had a seizure. A mother started crying, while folks gathered around the young woman. Within seconds, our security team did what they could. Three men were needed to try and hold the young woman to prevent her from hurting herself while she was shaking uncontrollably on the hard stone floor. Another guard tries to urge the crowd to give some more space while a coworker of mine contacts the hospital.

I was about to walk to the crying mother. There wasn’t much I could do, but maybe I could give her some tissues to dry her tears, a glass of water and instill her with hope that things would work out.

Just then, a rather grumpy looking woman blocks my path. She had just entered the building and was having trouble finding her way to her appointment. It seemed that she was unaware of the event taking place behind her. Deep inside I was praying for the mother and her daughter’s condition.

“Why is it so hard to find good help around here?” she said angrily.

“I’m sorry you feel that way, madam. Maybe you’ve noticed that we’ve got a little situation going on right now?” I tried.

“That is not my problem! If I am late for my appointment, then you will have a bigger problem!” she said.

If only I could say I was gutsy and said something in the likes of “No”. But nope. Instead, I gritted my teeth into a fake smile, apologized once again and helped the grumpy woman with her situation.

While I guided the lady to my desk, I tried to make excuses for her in my head. Perhaps her appointment was a matter of life or death. Perhaps she was about to loose her house. Maybe she was going to loose her job if she didn’t have this specific document. But. It turned out the woman didn’t even have an appointment. She just needed a form that I had in my desk.

My desk is positioned in a way that I can see what’s going on in every corner. The customer is able to see what I see as well. In the corner of my eye, I could see a coworker comforting the crying mother while paramedics were rushing in to aid her daughter. I couldn’t help but say. “Thank You God.”

“There you are.” I said with no emotion.

I handed the grumpy woman what she came for, while having my eyes fixed on the situation that occurred across from us. She frowned and turned her head to see what I was looking at. All that she could say about it was “Oh” and then looked at me, assuming that I would help her with other things.

“As you can see, it is rather busy today. But I hope you’re problem is solved. Good day madam.” I said.

Mouthing something like “thanks”, the woman took her form, turned around and left. She walked right passed the situation with the paramedics without even taking a glance.  Part of me wondered whether it was out of shame or just that she sincerely doesn’t care about another human being. On this one specific day, a close friend of the family was going to take a flight back to his home country. Not a lot of people who know him, know that he suffers from a serious heart condition. Doctors have advised him many times to take things easy.

Traveling can be stressful enough. As nice as it might be intended to be, to have a lot of people wave you goodbye can also be quite stressful. Especially when those people are more concerned about their own situation than on the fact that the traveler has to be checked in at least 60 minutes before departure.

Some people have asked this close friend a favor: To take along stuff for friends and family living abroad. This close friend is not the type to say no easily. He wants to help everybody. The guy was already set to bring his baggage to the drop-off of the airport. Everyone was already there at the airport. Except for one specific person, who had asked for the favor mentioned above.

By the time the person finally showed up, our family friend had barely 75 minutes before check in. Which meant, he had 15 minutes to try and rearrange his luggage so that the stuff of that one specific person could be included. If it were me, I would’ve said no. Many of us told him to not go through with it.

I don’t know how he did it, but the family friend managed to squeeze in a few things of the specific person in his luggage. There was still a small 10 minutes left for him to rush to the check in. He would have to pay an extra fee at the drop-off for it. If he had included all the other stuff, he’d probably be fined. He finally was able to say “No, this is it”. The person who needed this favor from him became rather aggravated and started nagging about the stuff that weren’t included.

Time was running out and my small family and I ignored this person while we ushered the family friend to the drop-off and then to the check-in. The sweat was dripping down his brow as he waved us goodbye while he queued up at the check-in line.

While our family friend was passed the terminal, my small family and I were still stuck with this needy person. They thought it was selfish of our friend to not take the rest of their things with him on his travels… It turned out that this person was aware of his heart condition too. My small family and I were worried about his heart condition, worried that this situation was too stressful. The needy person could only think of their stuff and calls our friend selfish…

Part of me tries to understand. You know? I kind of get it. Everyone has problems to deal with. We all get so caught up in our sad little messed up lives sometimes, that we forget the world around us. But, does that mean that our own problems are far more worse than that of anyone else?

I’m all for trying to be self-sufficient, taking care for oneself and all that. But we are not alone on this planet, the earth doesn’t revolve around just one person nor is that one person the center of the universe! Everybody has problems. 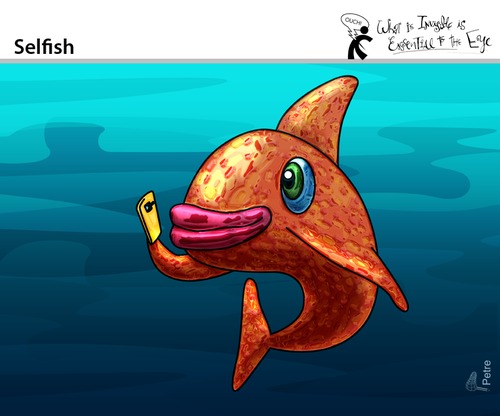