How have you been, lately? My week was pretty ok, although it started off with quite a scare. A scare, involving Microsoft’s latest brand new upgrade to a supposed better OS.

What do you think of Microsoft’s supposedly new and improved Windows 10? Personally, I wasn’t pleased one bit when I discovered my beloved Anus Flaptop came pre-installed with Windows 8. What a joke that OS is! And the upgrade to Windows 8.1 wasn’t much of an improvement either, just another bad joke. You can tell that it was made for a tablet or smart phone, but not for a laptop or PC without touchscreen. I really miss Windows XP, I really do. That was a good OS, with a nice taskbar and navigation menu and easy access to the Control Panel incase you need to make adjustments. But Windows XP is no more. But I cannot get over the fact that  those wretched Windows 8 and 8.1 are bad-bad-bad and whoever came up with it should feel bad! So… You could say that I was really hoping and longing for a better operating system.

Since a few months, most Microsoft users will have noticed a white Microsoft logo in their task-bar with the invitation to upgrade to Windows 10 for free. Microsoft ensures that Windows 10 will have the modern look of Windows 8 fused with the functionality of Windows 7 and more nifty perks.  Best of all, it is free and easy to install. So what’s not to like?

Well, I don’t quite like how the invite for the free upgrade pops-up uninvited each time you turn on your computer. They are basically trying to force their supposedly wonderful free crap on you. It is annoying! It was one of the reasons why it took me quite a while to consider whether I wanted to upgrade to Windows 10 at all. There are several games and other programs installed on my Anus Flaptop that I acquired without paying for them. Installing Windows 10 could mean I’d risk losing my precious games and other software which I’ve acquired via a very generous online community. And I don’t want that, duh!

So I tried to do some research first. I checked with random fellow geeks what they thought of the OS. I read reviews and watched Youtube videos of users testing the new OS out. I’ve also asked geeks I know up and personal for their honest opinion. Some were reluctant like myself. Others had already taken the jump. Some were overjoyed. Some weren’t.

All the while, I could not help but wonder why Microsoft would be this generous; To just give their supposedly high-tech new OS away for free? There must be something wrong with it, I figured.

Earlier this week, I was preparing myself for a nice movie day with little miss Droppie Bunny Rabbit. I had her favorite snacks and prepped her side of the bed with blankets and stuff.  We were going to watch a few random James McAvoy movies. She seems to like them. Or, I like to believe she seems to like them. She has not turned around one moment during any of the Scotsman’s movies so far.

While little miss Droppie Bunny Rabbit was enjoying her snacks while sitting on the other side of the bed, I  had turned on my laptop on my side of the bed. Droppie Rabbit was wrapping herself in a blanket. It was quite an adorable thing to witness. Just look at that adorable little thing wrapped-in-blankies! It’s just too cute! So needless to say, I was distracted by little miss Droppie Bunny Rabbit’s cuteness.

Being distracted while trying to operate your laptop is not always a problem. But this time, however, it led to quite some drama. Because while I was distracted and in awe of Droppie Bunny Rabbit’s cuteness,

I somehow managed to click the wrong button on my flaptop. While I intended to just click away an annoying pop-up screen, I had apparently accepted instead!

Before I realized and could cancel it, my poor Anus Flaptop ended up undergoing a torturous step-by-step installation procedure of Microsoft’s supposedly wonderful new upgrade to it’s latest OS; Windows 10.

After 2 hours, Windows announced that it was installed and that it would need to restart flaptop a few times.  So far so good, I assumed. The restarting-process took another 2 hours. Which wasn’t too alarming to my knowledge. Installing windows can take quite a while; A process of 2 to 5 hours is not unusual.

Then I was requested to log into Windows 10 for the first time. Which I did. Again, I was in good hopes and positive that it would all work out fine. Especially once I discovered the improved navigation menu in the task-bar and I was happy to find out that the Control Panel and Settings were easier to access. Features I absolutely missed while Anus Flaptop was running in Windows 8.1. Maybe the upgrade to Windows 10 wasn’t such a mistake after all?

But my positive hopeful moment was short and before I knew it, the situation of poor Anus Flaptop became a nightmare. Suddenly my flaptop’s screen turned black. Still trying to hold onto a hint of hope, I thought that maybe the installation was still in process. And so I waited some more. After waiting for several more hours, flaptop’s screen remained black and I was really going bananas. 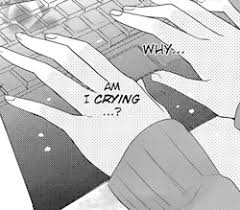 Even though I make back-ups of whatever data I’ve created, there’s always that one folder that I “will back-up some other time”. Which basically means that I don’t back those files up at all. It’s at times like these when I am once again reminded of the importance of creating a decent and complete back-up. For I was in fear of loosing a lot of hard work I had done in the passed year. Comics I intend to finish some day, stories I’ve written but never dared to share with anyone other than my own twisted mind and even stuff I make voluntarily for church and friends. They were all saved on flaptop’s hard disk. And the longer it took for Anus Flaptop‘s screen to remain pitch black, the more I considered going for a factory reset. Which meant Flaptop would go back to its original OS; Windows 8. With the chance of loosing my precious files for good.

While I was mourning my precious files, accepting their loss, I tried reboot Anus Flaptop to enter the BIOS first. Which normally is never a problem. But it seemed an impossible task. Anus Flaptop was not responding to the F2 button, nor any other button known to bring an Asus user into the BIOS. Then I tried to repeatedly tap the F9 button for the dreadful Restore back to Windows 8. But it had no effect. Nothing happened. Flaptop’s screen remained pitch-black.

Was it over? I was not accepting that! There had to be a solution.

I almost considered this….:

But I love Anus Flaptop too much.

Via my smartphone I checked the interwebs. It appeared that the screen fallout after a Windows 10 upgrade was not an uncommon situation. It was a problem shared by many laptop users. Many of them had two graphic cards installed on their laptop, just like Anus Flaptop came with both an Intel Graphics Card and an Nvidia GeForce 720 M. On some geek forums it was opted that Windows 10 either doesn’t have compatible drivers for both certain graphics cards, or that there’s a chance that Windows 10 assumes that each graphic card needs its own screen. It’s either way stupid and annoying. Thus I went and plugged in my spare flat-screen from my old Dell Desktop. Instead of one black screen, I now had two black screens.

My sibling who happens to be a geek too and they offered to come by with an installation disk of Windows 7. Even though Windows 7 is always a better option than going back to Windows 8 and despite of how tempting this idea was, I decided to look for another solution. I have no problem with running illegal software on any of my devices. But running an illegal OS can be tricky.

Going through all forms of frustration, I came to the realization once again that I had to just give up and somehow force Anus Flaptop to undergo the Restore back to Windows 8.

But then my geeky uncle called. Have I mentioned how grateful I am to have so many geeks in my personal network? He too had undergone the Windows 10 upgrade for his desktop months ago, and everything went fine for him. When I described my situation he too was surprised. For it had been 5 to 7 hours ago since Flaptop’s screen turned black.

My geeky uncle suggested the following to fix my black screen issue after installing Windows 10:

When I first heard this advice, I kind of frowned. But I figured to give it a try because what else was I going to do? And as soon as I did what my geeky uncle instructed me to do… Anus Flaptop’s screen went on and Windows announced that it was rounding up the installation.

It took 10 terrifyingly long hours for the installation to process. Complete with a screen fallout that lasted for over 7 hours.

Was there no more drama, after this?

Well, guess again? After recovering from the 10 hour lasting torture aka the Windows 10 upgrade, I decided the next day to explore Windows 10 and give it a fair chance.

The newer interface was indeed nice. The fact that there is a navigation menu available via the task bar, is great. The fact that one can access all sorts of basic needs to fine-tune the system, is also great.

But then I found out that my HP all-in-one printer wasn’t working. And neither was my secondary Nvidia GeForce Graphics card recognized in Windows 10, again. My valuable software, such as the latest version of Photoshop and World of Warcraft didn’t work proper either. These all functioned fine under Windows 8.1.

Once this came to my knowledge, I tried to remain calm and figured that I might have to reinstall the drivers and games that weren’t working. Another day filled with fixing the terror that is Windows 10. Which in all fairness fixed a few of my problems. But unfortunately, it did not solve everything. I am still getting errors whenever I turn on Flaptop about a random .dll gone missing.

Now I am considering to just get rid of Windows 10 and go back to the awful Windows 8.1. Something I quite dread. But I am quite depended on my software and my graphic card.

To make a long rant short:

I know why Windows 10 is offered for free. Despite the fact that it looks nice, a 10 hour lasting installation with scary fall-outs followed by several hardware and software that don’t work anymore is not worth the hassle! I would not pay crap for this. Unless, they fix this and many other reported bugs; It would be a crime to charge people for this torturous new OS.

6 thoughts on “Why Windows 10 is a free upgrade”