Know that feeling of having an addictive repetitive tune going on and on in your mind that you just can’t get rid of? Well, right now I just can’t seem to get rid of the Super Mario Bros tune!

Seriously though, to be able to beat a good old Super Mario Bros on the Gameboy is die hard man! Especially if you’d compare it to todays high tech games. Despite of all the special effects, wonderful modern graphics and all that is great in the world of gaming; It brings any given game today with the ridiculous godlike powers to shame. For good old Super Mario Bros simply makes Call of Duty a piece of pie.

For back when 8 bit Mario went down the pipe;  There were no unlimited lives and over rated god like skills. The only “godlike power” Mario had was the ability to eat a mushroom and grow and spit fire… There were no save points in the older games either; You get up to 3 to 5 lives and if you happen to die in the game or you happen to turn off your console before reaching the end boss, you just had to do it all over again.

With a limited amount of time you have to rush little Mario through pipes, man eating mushrooms, fire spitting dragons and so on to finally save princess Daisy.. And this all, while having this marvelous tune playing in the background for your encouragement.

Gosh… It makes me want to grab my gameboy and play some good old Super Mario. But… Unfortunately I can’t locate my old skool gameboy anywhere. I’ve misplaced it 😦

No hope is lost, though. Thank goodness for the Visual Boy Advance, the emulater I installed on my run-down PC “last month” when I craved to test some old skool Pokemon games. A very nifty emulator, which you can install on your own PC too(you don’t necessarily need to have a run-down PC like mine, the modern ones are fine too). 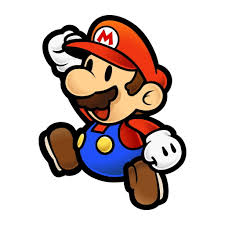 Oh, and just to be more psyched about old skool Mario; I’ve stumbled upon this list of the fun Super Mario series to use for the wonderful VBA emulator on any given PC or smartphone:

Well now, I don’t have much else to add. I better go and play some of those old skool Mario games right now 🙂