Well… I had yet another one of those sleepless weekends. My natural sleeping cycle is completely fucked, I can tell ya that much! For some reason I decided to just watch some of the Adam Sandler movies I had been downloading throughout the week, hoping I’d doze off eventually…

Insomnia is such a fine trait to have… *sigh* Been turning days into nights and nights into days off and on for quite the while now. It doesn’t matter whether I’m tired or not, I just don’t seem to be able to fall asleep for several days in a row.

And so I end up either trying to work on my paintings, playing video games or watching cartoons and movies until the break of dawn. With the result that I either don’t sleep at all, or just snooze in for a short hour. To then have to rush through the bathroom and throw on something to wear, ending up looking like I feel; like a zombie that just rose from its grave.

Not sleeping for days is just oh so handy. Especially because the next day (today), I was going to meet up with some old friends and hang out with them. I just can’t seem to describe how “great” I felt when I woke up from my short coma to the sound of my mobile phone. I felt even “better” when the girls were telling me they were already parked in front of my door, while I still had to get out of bed… 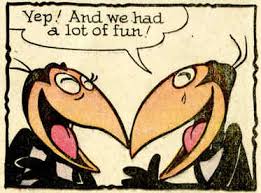 Luckily it was just us girls hanging out at a friend’s house. Eventhough I felt like a zombie… But it was fun seeing everyone again. I hadn’t seen some of ‘m for YEARS. It’s always a little weird first when you meet up with someone you haven’t seen for quite a while. But it was lots of fun, talking about hot Asian guys and catching up on old memories and talking about what we were all doing with our lives now. And afterwards, to stick to the Asian theme we had all day during our chit-chat, my friend made some yummie Korean/Japanese food for dinner. Asian food is just yum 🙂

But just…  OMG, Punch Drunk Love is such a weird but funny movie. It’s about this short-tempered guy who falls in love with this woman. It was quite different from the movies you’d normally see Adam Sandler in. It was just… Vague and psychotic at times, but totally worth the watch.

Maybe it’s cause I was in an insomniac drunken stage, but I couldn’t help but crack up during a few scenes ; seeing Adam Sandler throw a fit is just hysterical.

There’s this one scene in the beginning of the movie, where he’s at a birthday party of his sister, all of his other sisters are there. He has 7 sisters in total with offspring and spouses. And his  sisters sneer at him and throw all these typical sisterly bitchy remarks at him. They talk about him like if he’s not in the room with them. Meanwhile Adam Sandler just stands there, slowly going psychotic. And then at one point he just snaps and starts kicking and smashing into a window. OMG; That was just priceless; Absolutly wonderful!

I could so relate to the tantrums. I so totally feel like smashing windows in sometimes, don’t you? And then there’s this bathroom demolition scene, for instance; totally hysterical. Something I totally feel like doing myself sometimes too.

Well now. I better go to bed and try to get some sleep. And otherwise just watch another Adam Sandler movie. I’m doubting between Reign Over Me and The Weddingsinger. Ah heck, might as well watch ‘m all and go through another zombie mode on Monday.